Ah yes, where to start with the fabulous Moroccan doors - big, small, old, new, ornate, humble. They represent the mammoth extremes and contradictions for the country as a whole. My favourites were the humble, patched, dirty and dusty - truly wabi sabi, but let's leave those until last.
The first are the:
BIG DOORS 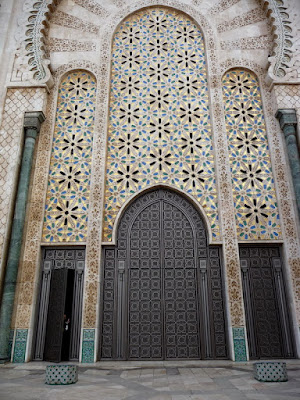 Hassan 11 Mosque in Casablanca - doors made of solid titanium - an opulant expense that horrified me.
Detail of door. 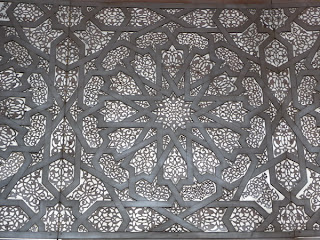 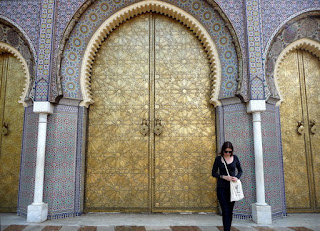 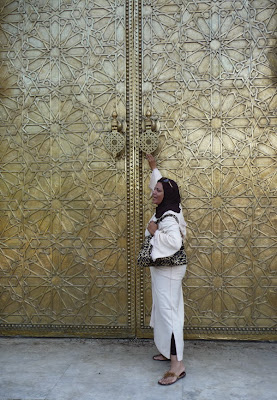 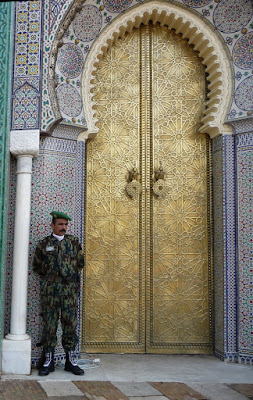 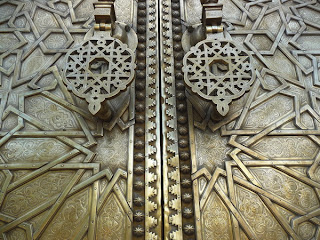 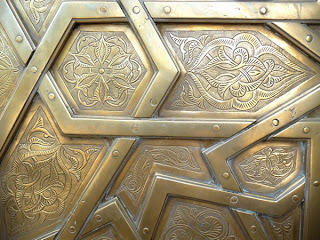 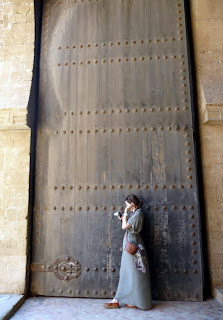 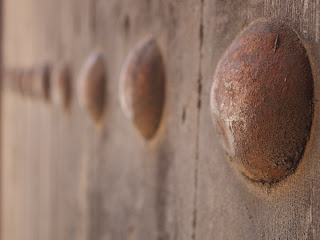 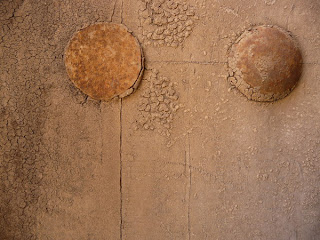 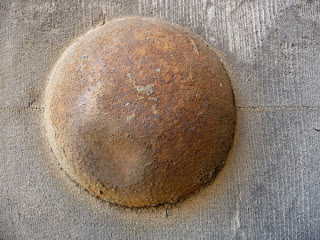 The next photo was taken by my daughter Eliza. I am taking the liberty [with her permission] to include some of her photos as, disastrously, I seem to have lost 2 weeks worth of photos - a lot of Morocco, Portugal and Granada. Thank goodness she took some great photos. 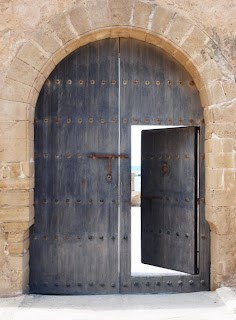 I love the doors within doors.

Now the:
LITTLE DOORS
People really were much smaller centuries ago - thus doors were smaller and alleyways narrower. Many of the homes in the medinas [old cities] are over 1,000 years old, and history oozes out of every corner. 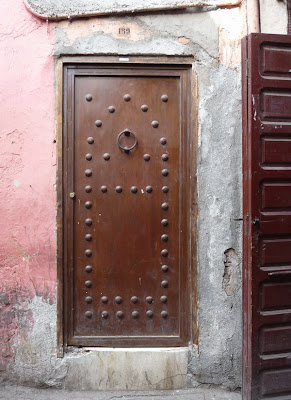 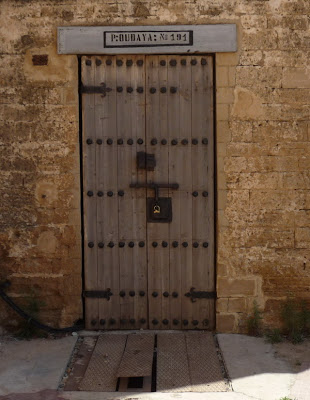 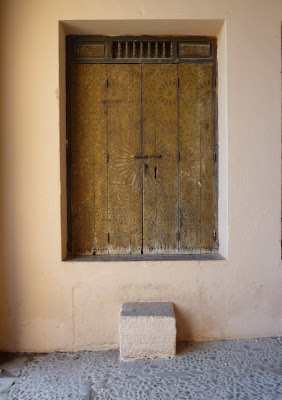 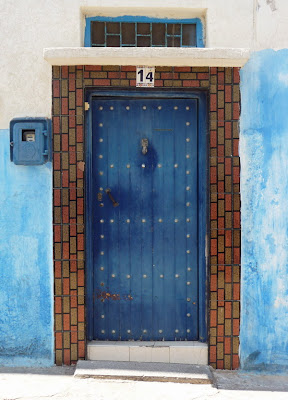 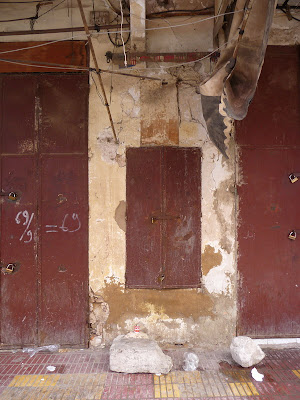 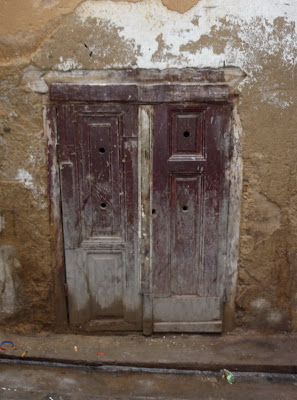 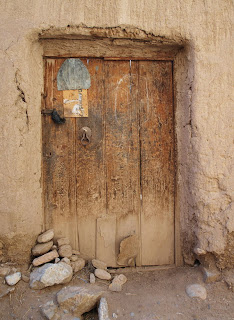 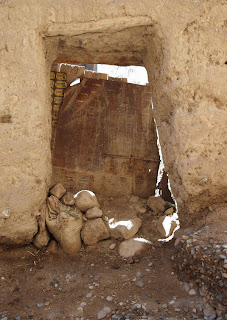 The last 2 photos are Eliza's. Aren't they fabulous? - taken in a rural village, not in the medinas.

Posted by Noela Mills at 11:42 AM
Labels: doors of Morocco

About Me - NOELA MILLS